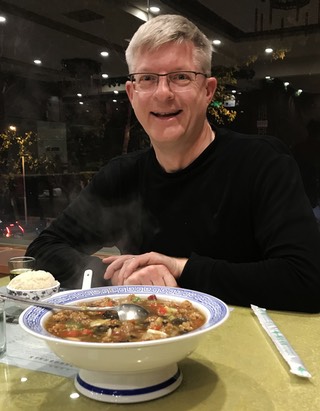 Think of Szechuan food and you think of hot and spicy, chilli-laden dishes. At least, I do. Chilli pepper is firmly established as the most widely used spice around the world, and nowhere more so than in China. And yet, chillies were unknown in China before about 1570. They arrived by at least three different routes, almost certainly more than once in each area, and found favour with ordinary Chinese people extremely rapidly. The ruling classes were not nearly as taken with them, and by and large failed to understand their importance. That contrast lasted through the first two centuries of the chilli in China, although it did not stop chillies eventually permeating Chinese culture high and low. For the people of Szechuan and Hunan, they became an essential part of their identity.

All this, and much, much more, comes from a new book by Professor Brian Dott, of Whitman College in Washington State. He combed through ancient texts and modern to trace the history of chillies in China and how they became such an essential element of life for so many people.

Chilli peppers took a few years to reach China after their initial encounter with Westerners, but rapidly became a very hot item.