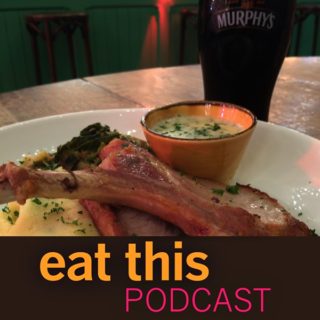 Once you get over the idea that there is no good food in Ireland, and a single trip ought to be enough to do that, you might become aware of a paradox. Go into a pub, and if they serve food, rather than just sandwiches, it is likely to be rather acceptable. Go into a restaurant, and you’re more likely to be disappointed. At least, that’s my experience. I have had some fine meals in restaurants, to be sure, but I have also had some stinkers. Pubs are more predictable.

Why should that be? Diarmuid Murphy, of the Dublin Institute of Technology explained in his talk on The Power of Policy and Its Influence On the Restaurant Industry in Ireland at the Dublin Gastronomy Symposium. As one wag in the audience said, it might have something to do with the fact that most of the Members of Parliament who passed the bill allowing restaurants to serve alcohol were publicans.

Diarmuid’s recommendations for good places to eat in Dublin:

Photo by Alexandre Godreau on Unsplash