A couple of weeks back a listener tweeted an interesting question and tagged me to provide an answer. 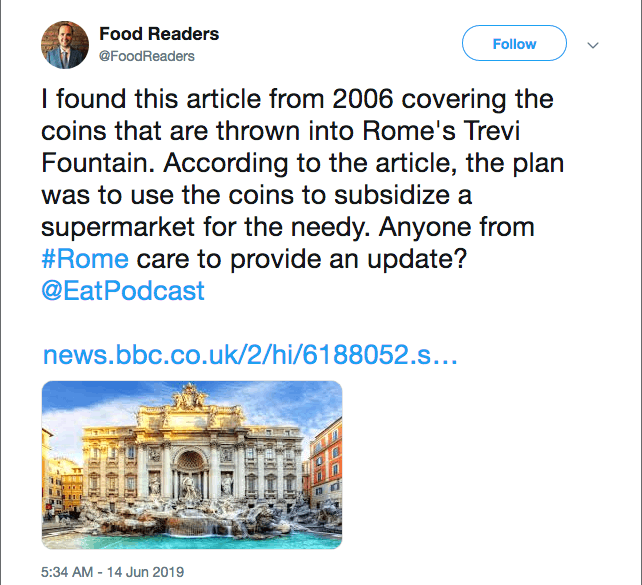 So, what does happen to the money that ends up in the Trevi fountain? The BBC News article linked in the tweet said that the charity Caritas

plans to set up a supermarket offering essential items free of charge to Rome’s needy.

Families will be given a top-up card by their local councils which they can swap for basic food items at the supermarket in central Rome.

About that plan, I can find no further information. But Caritas is still getting the money – about 1.5 million euros a year – and spending it on social works, but not without quite the kerfuffle. Rome almost succeeded in keep the loot for itself.

To begin at the beginning, back in 2001 the then mayor of Rome, the leftish Walter Veltroni,[1] decided that the money from the Trevi and other fountains should go to “solidarity initiatives” implemented by the Catholic charity Caritas. That decision stuck through a succession of local governments of various leanings until October 2017, when it came under the consideration of the rainbow city government of Virginia Raggi, representative of the Five Star Movement.

On 29 March 2018, Raggi announced that the Trevi money would continue to go to Caritas, but only until the end of the year. After that, it would go towards maintaining the culutral heritage of the capitol. The deadline was later extended to 1 April 2019. There was a bit of an outcry from Caritas, but nothing much happened until Avvenire, the newspaper of the Catholic bishops, published an article on 11 January 2019 pointing out that this was about 15% of Caritas’ budget, and that the charity would have to stop offering many services with “foreseeable repercussions on the social climate of the city”.

The next day, everyone piled in. And the day after that, Raggi “clarified” her intentions. “No-one has ever thought about depriving Caritas of these funds,” she said. And she now gave a solid, personal guarantee that “the contribution of this administration will never fail”.

Apparently, it had all been a misunderstanding. Raggi insists that she was only trying to be transparent and uncorrupt. You see, the fountains belong to Rome and not, for example, to the Catholic Church. So the money, obviously, belongs to Rome too, notwithstanding the fact that in 2003, “a judge cleared a woman accused of stealing from the fountain on the grounds that the money had been discarded and had no rightful owner”.

The new scheme calls for ACEA, one of the state utility companies, to collect the coins (which is has been doing since 2001) and also to count them. This task, which some of the thousands of volunteers who support Caritas had previously done for free, Caritas will now have to pay for. Some estimates say this will cost Caritas about 2000 euros, although it isn’t clear whether this is per year, per month or what. ACEA will tell Raggi’s government how much they retrieved, that amount will be entered onto Rome’s books, and that same amount, less ACEA’s fee, transferred to Caritas.

For now, everyone seems satisfied, although I can’t help thinking that if Raggi had pledged to use the money to pay off the current lot of street “cleaners” and bring in a new broom, there would have been almost no protest, at least not from Romans. 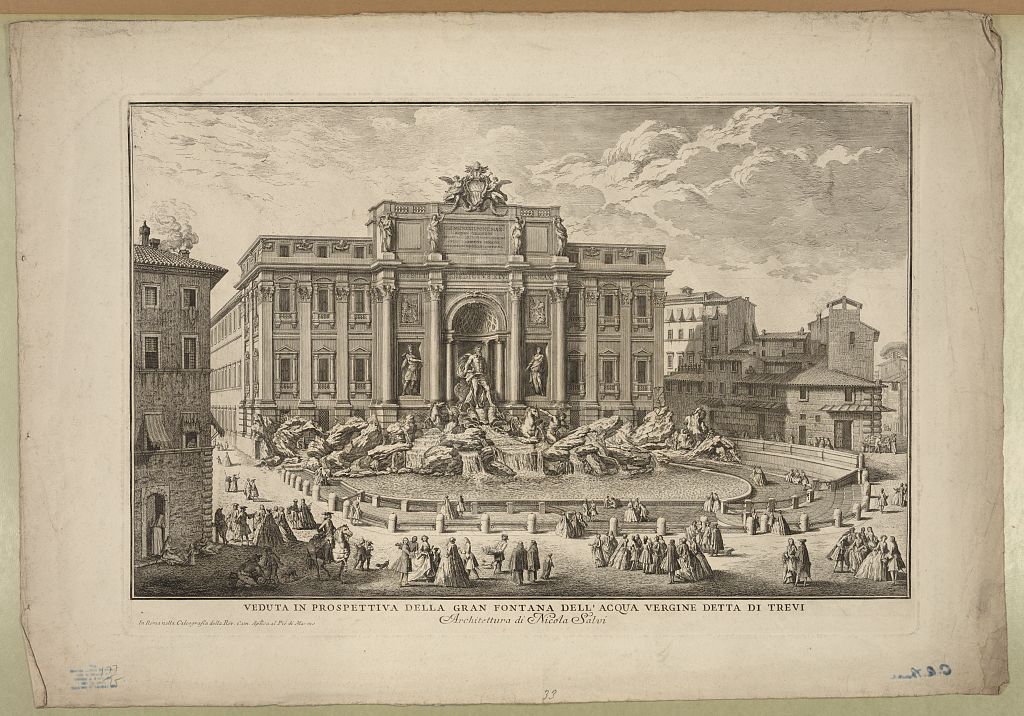 So, that’s where those three gazillion coins in the fountain end up. They do not, as far as I can discover, support a supermarket. Caritas says, my loose translation, that the Trevi money helps the most desperate cases, those that do not fall into a recognised category and so are hardest to fund with specific proposals; they are “the last among the last”.

If you’re really keen, there’s a YouTube video of the coin harvest.

After a bit of a kerfuffle -- all a misunderstanding -- the money, minus a handling fee, is still going to charity. For now.