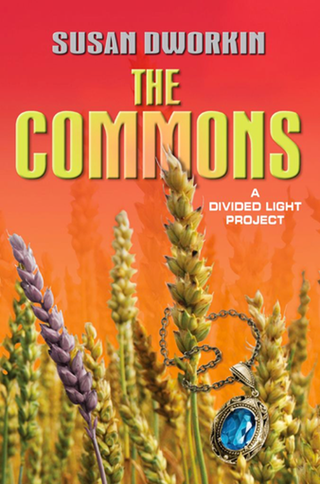 It is so easy to forget that very few people know anything about plant breeding and how vital it is to having enough to eat. The time it takes, and the resources it needs — financial, genetic, human — are just not something most people know about. No wonder, then, that many people don’t quite grasp the urgency with which we need to get cracking now to breed crops adapted to predicted climate conditions.

Susan Dworkin’s new book The Commons sidesteps that by hurling us 150 years into the future, to a world in which the failure to respond almost doomed our species to extinction. I thought it might be fun to talk to Susan and she agreed, but first I had to read the book. It turned out to be a rollicking good read, full of interesting characters and strange plot twists. All our old familiar friends are there. Large parts of the world have become very inhospitable, thanks to climate change. There’s an all-knowing Corporation that owns just about everything, including 85% of all humans in its domain. And the humans are shareholders in the whole enterprise. It all seems rather wonderful, except that there’s a problem: a new stem rust of wheat threatens a reprise of the famines and hardship of 100 years before. To say much more would be to give too much away. Let’s just say that the search for a solution is what drives the story forward.

Of course, I’m not the intended audience, so I have absolutely no idea how The Commons will be received by anyone else. I’m not even sure what the author would like us to be doing now to avoid the future she depicts. That was just one of the topics we talked about in a discussion that could have gone on a lot longer.