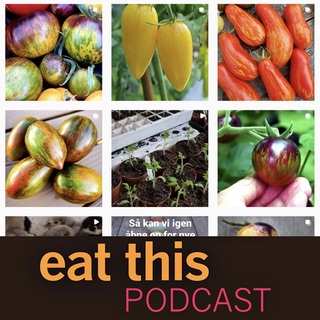 Plants of the weedy wild relatives of the tomato all look pretty much like one another, but under the surface they’re a seething mass of genetic diversity. That diversity — along with the discovery of truly wild tomatoes in Mexico — has allowed researchers to finally tell a story of tomato domestication that fits all the available evidence. In essence, people domesticated the tomato in the Amazonian areas of Excuador and Peru, but from wild material originally from Mexico. Traditional varieties, by contrast, are a feast of diversity for the eyes; size, shape and colour vary widely, but all that morphological diversity is not mirrored in genetic diversity. In fact, modern, scientifically-bred tomatoes are more diverse than traditional varieties, and almost a quarter of so-called traditional varieties are “tainted” by modern genetics.

Jose Blanca, one of the researchers involved in these two recent discoveries, told me more about what they found and what it means.