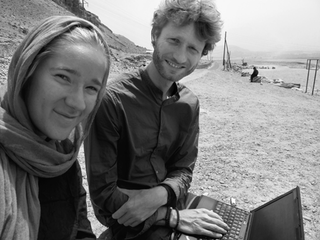 In 2007, Frederik van Oudenhoven travelled to the Pamir mountains in Central Asia to document what remained of the region’s rich agricultural biodiversity. Almost 100 years before, the great Russian botanist Nikolai Vavilov became convinced that this was where “the original evolution of many cultivated plants took place.” Soft club wheat, with its short ears, rye, barley, oil plants, grain legumes like chickpeas and lentils, melons and many fruits and vegetables; all showed the kind of diversity that Vavilov said pointed to the places where they were first domesticated. As he wrote, “it is still possible to observe the almost imperceptible transition from wild to cultivated forms within the area.”

What van Oudenhoven found was bewildering; incomprehensible diversity in the fields and unspeakably dull food on his plate. It only started to make sense when he began to talk to Pamiri people, and especially the older women, about their food and culture. The result was a book – With Our Own Hands: a celebration of food and life in the Pamir Mountains of Tajikistan and Afghanistan – by van Oudenhoven and his co-author Jamila Haider, which documents a culture that remains in danger of disappearing.

That book recently won the Gourmand International award for Best Cookbook of 2015, which is why I am now repeating the conversation I had with Frederik van Oudenhoven in July of last year.