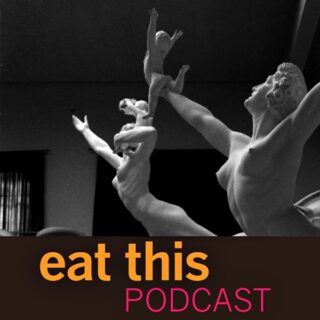 At the end of the previous episode on mothers’ milk Professor Amy Brown mentioned an important source of anxiety for new mothers: they cannot easily see how much their baby has eaten, and that pushes them to use a see-through bottle and switch from breast to formula. It may surprise you to learn that the Italian Fascist regime came up with a solution 90 years ago. In this episode, Professor Diana Garvin provides some insights into Fascist breastfeeding, and a friend of mine explains how it lingered to traumatise mothers 50 years on, and continues to do so today.

As for why this episode is being published today, rather than on Monday, that’s because the Fascists chose 24 December 1933 to first celebrate the Giornata della madre e del fanciullo, the day of the mother and the child. Why Christmas Eve? Diana Garvin says it was “originally meant to coincide with the mother Mary’s labour pains. Ostensibly.”

That ostensibly is interesting, because while they might have been against the church, the Fascists must have known that Mary suffered no labour pains at all. At least not after the middle of the 14th century.

That was when Birgitta Birgersdotter, later to become St Bridget of Sweden, had a vision in the little town of Bethlehem, one of a series of visions that started when she was quite young, which had a profound impact on art and depictions of the nativity. Bridget relates how, in this vision, she “saw the One lying in her womb then move; and then and there, in a moment and the twinkling of an eye, she gave birth to a Son, from whom there went out such great and ineffable light and splendor that the sun could not be compared to it”. In another vision, Mary says “When I gave birth to him, it was also without any pain.” So, no labour pains. 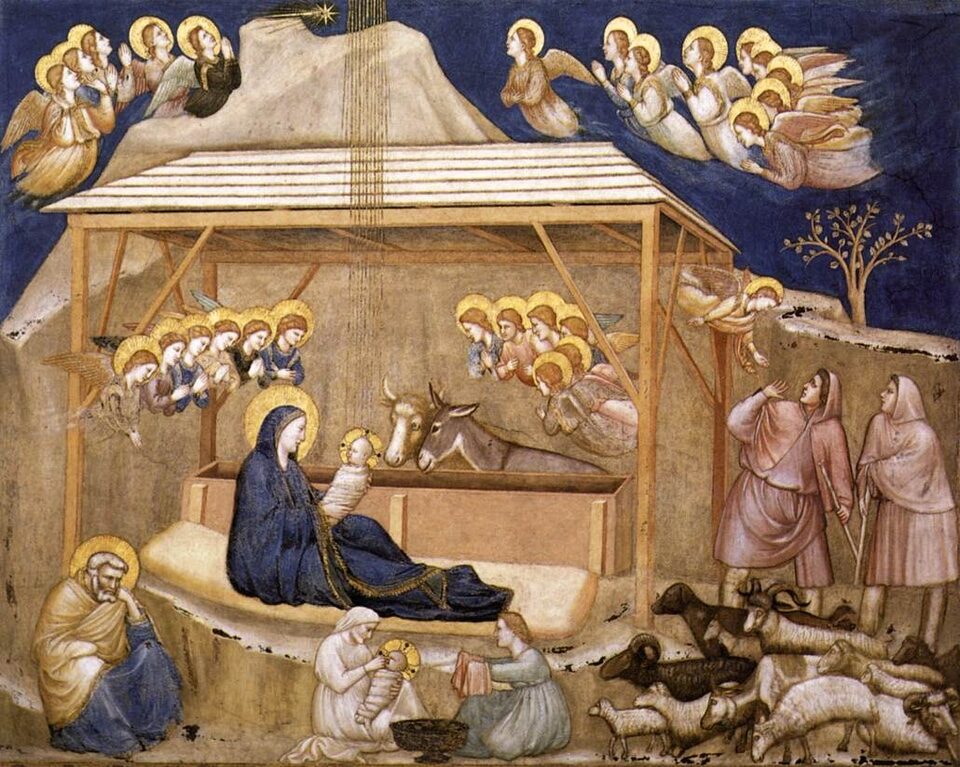 Giotto’s Nativity from the lower church in Assisi, painted around 1310 and thus before St Bridget, shows a reclining Mary, who may well be exhausted by her labour.

Before Bridget, many depictions of the nativity show Mary lying down exhausted and resting, as a new mother surely would. After, she is usually shown kneeling before the baby emanating light, along with the manger, Joseph and a candle and various other details she envisioned.

Mussolini made the trains run on time, but that doesn’t work for hungry infants