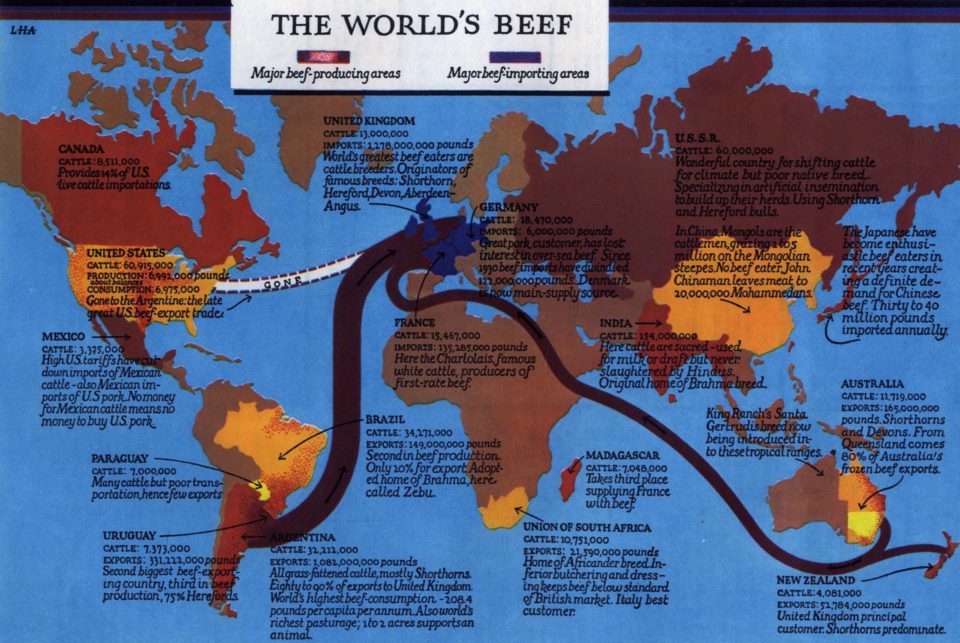 The idea of planetary boundaries, within which human life can “develop and thrive for generations to come”, was launched in 2009. Even then, we had crossed three boundaries, all intimately tied up with food production. But the process of “using up” resources, rather than simply making use of them, to supply our food is a much older pattern. In his book Diet for a Large Planet, Chris Otter, professor of history at Ohio State University, makes a powerful case that it was the British Empire that set the pattern, outsourcing the production of its food around the world. If food could be produced more cheaply elsewhere, then it made sense to do so, as long as the reckoning did not have to account for the wider costs.

By the 1880s, almost all the meat and wheat consumed in the United Kingdom was traveling vast distances to get there. Globalisation required mechanisation and turned food into an industrial commodity. The consequences of that original global outsourcing are still with us today, and still exceeding planetary boundaries. And the trade deals being struck in the aftermath of Brexit may well repeat that history.