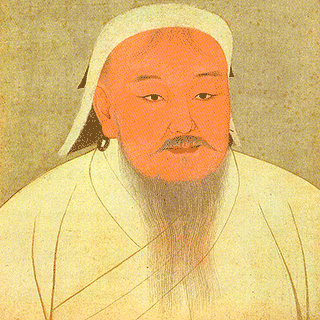 The growing popularity of “Mongolian” restaurants owes less to Mongolian food and more to, er, how shall we say, marketing. To whit:

“It’s actually not a cuisine, but an INTERACTIVE style of exhibition cooking modeled after a centuries-old legend. According to this legend, 12th century Mongol warriors, led by the mighty warrior, GENGHIS KHAN heated their shields over open fires to grill food in the fields of battle!”

The question of what the Mongols under Genghis Khan actually ate, however, is really rather interesting. In particular, did conquering that vast empire change their diet in any way? Jack Fenner and his Mongolian colleagues Dashtseveg Tumen and Dorjpurev Khatanbaatar analysed bones from three different cemeteries, representing Mongol elites, Mongol commoners and Bronze-age people from the same area, looking for differences in what they ate. They found some, but interpretation remains difficult.

I didn’t think to ask Jack about using a shield as a wok.