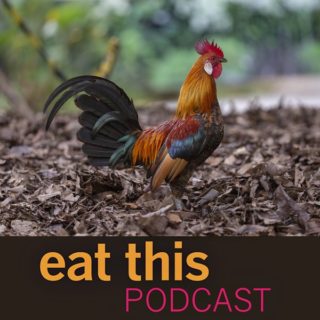 Not so long ago, the only clues we had to animal domestication came from archaeological digs. If you were lucky, you could get a reasonably accurate date for bones that were definitely not from wild animals, although the origin stories they told were vague and unsatisfying. More recently, molecular biology has come to the rescue in the form of DNA sequences, which can even — again with a bit of luck — be extracted from very old bones. Better yet, it has become routine to sequence DNA from all manner of living creatures, and those sequences can shed light on ancient events even when there are no bones in the picture.

Olivier Hanotte is one of the foremost experts on livestock DNA, with a particular interest in indigenous African cattle. We spoke about research on chickens, sheep and cattle, and how understanding the history of domestication offers ideas for how to sustainably improve African cattle so that they can feed the growing African population. 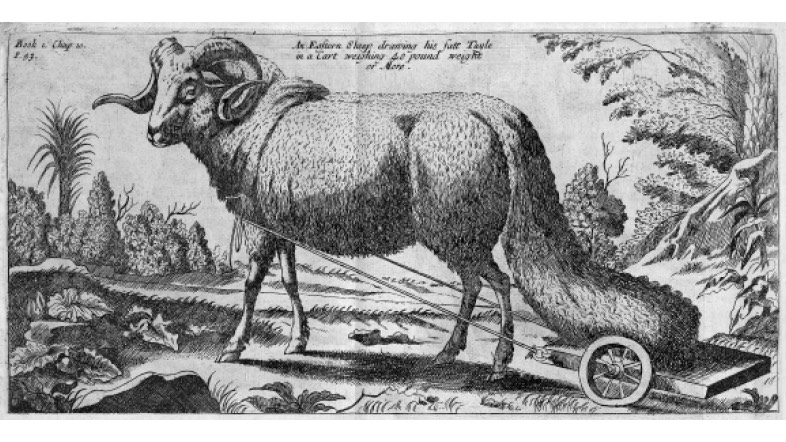 This picture of a fat-tailed sheep comes from A new history of Ethiopia.: Being a full and accurate description of the kingdom of Abessinia. Vulgarly, though erroneously, called the empire of Prester John. In four books … illustrated with copper plates. by Hiob Ludolf, published in English in 1684. On the subject of “fat and ponderous“ sheep tails, Ludolf says:

the least of them weigh Ten and Twelve, the biggest of them sometimes above forty Pound, so the Owners are forc’d to tye a little Cart behind them, wherein they put the Tayl of the Sheep, as well for the convenience of Carriage and to ease the poor Creature, as to preserve the Wooll from durt and nastiness, and being torn among bushes and stones.

The DNA of chickens, sheep and cattle tells slightly different stories about their domestication