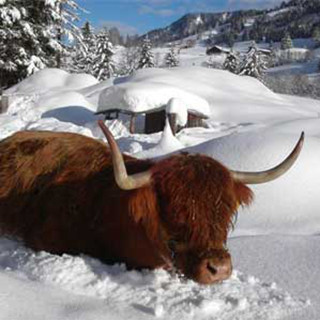 Most dilettante foodies I know probably regard frozen beef as an acceptable substitute only when fresh is unavailable. Sure the fresh must be grass-fed, dry-aged, properly hung and all that – but mostly it must be fresh, not frozen. However, unless your climate is wonderfully mild, that grass-fed beef is going to be eating something else over the winter, and that’s not great for the meat. Ari LeVaux, a syndicated food writer, reckons that except at the end of the growing season, when the animals have just finished feasting on lush pastures, well-frozen good beef is a far better option than fresh. When we spoke last week, I started by asking Ari why most people – foodies included – have such a poor opinion of frozen beef?

In fact, I’d say there is a general misconception about “freshness”. There was a rage for fresh pasta in England a while ago. And to me it was unfathomable. Good dried pasta is so superior to the slimy industrial stuff that it is almost another food. Sure, fresh often is good. But with foods that can be preserved in other ways, and have been, a good product properly prepared is often superior.

As for the nutritional composition of grass-fed versus conventional beef, there clearly is a difference. A mega-review by the Union of Concerned Scientists found that milk and meat from grass-fed animals has lower total fat than conventional, but the fat is higher in what might loosely be termed “good” fats, things like omega–3 fats and conjugated linoleic acid. On the other hand, the evidence for health benefits is more mixed. Some studies on animals and people have shown benefits, but they are by no means absolutely conclusive.

So on its own, better nutrition is perhaps not enough reason to seek out grass-fed beef. On the other hand, if omega–3 fats are what you really want, you can do much better eating oily fish. But hey! It can’t hurt, and eating great beef less often is a win in so many other areas.