Grinding grain by hand has always been considered women’s work, or, in the absence of women, suitable for slaves and suitably demeaning for prisoners of war. Maybe the most famous of those was Samson. The book of Judges (16:21) says, in the King James version:

But the Philistines took him, and put out his eyes, and brought him down to Gaza, and bound him with fetters of brass; and he did grind in the prison house.

I thought it might be fun to find an illustration for the series, and I did. 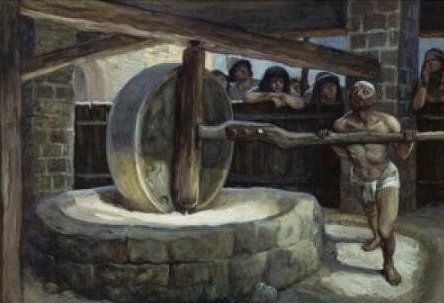 Samson turns the mill in prison by J James Tissot

Samson Grinding in Prison at Gaza by William Hole

There’s something very wrong with these depictions though. Samson’s mill would not be much good for grain (unless he were making something liked rolled oats). It is more like an olive or grape press.

Looking at a whole bunch of translations, many do not specify what it was that Samson was made to grind, but those that do specify grain. The original Hebrew is טוֹחֵ֖ן (thanks, Luigi) which Google Translate renders as “mill”.

I conclude that those painters, many others, and even Cecil B. De Mille, got it wrong. Some, however, did get it right. 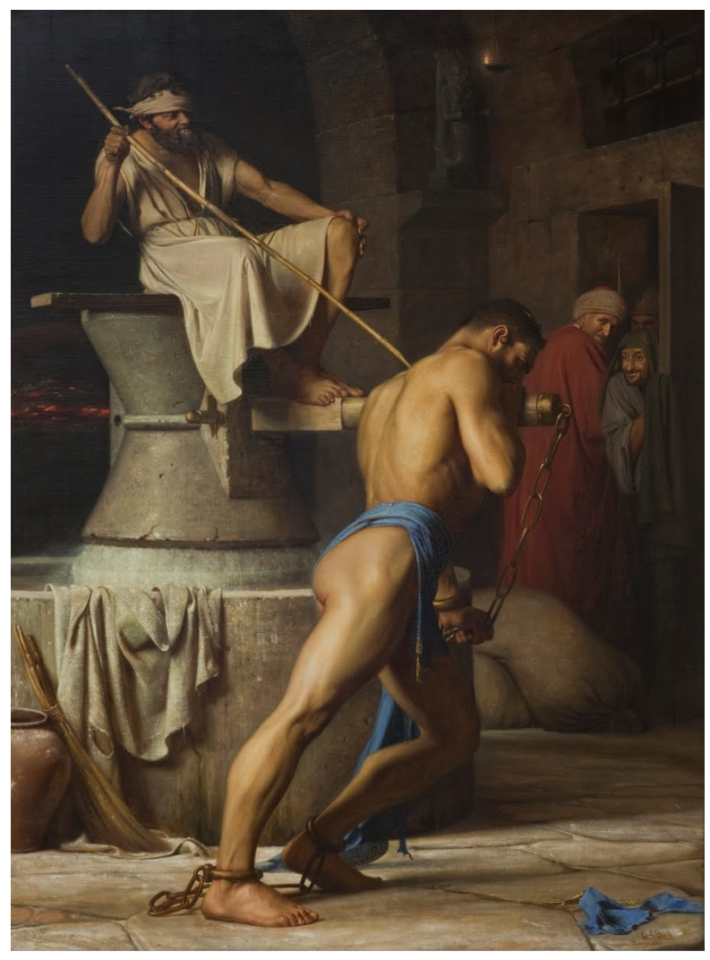 Samson and the Philistines by Carl Bloch, 1863.
Statens Museum for Kunst 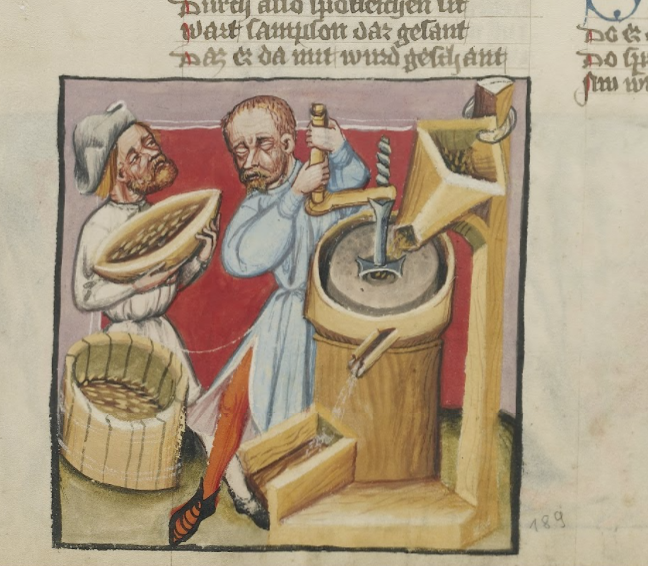 And yes, my nerdiness knows no bounds.

Samson was grinding. He wasn't pressing. No matter what some artists may think.