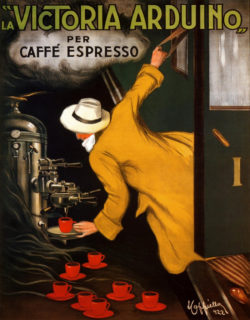 The original espresso coffee, at least as a widely available beverage, goes back only to the earliest years of the 20th century. That’s when Luigi Bezzera, a Milanese inventor, got his first patent on the machine that became the Pavoni Ideale in 1905. But while it was touted as an espresso machine, making coffee expressly for you at express train speed, we would not recognise the cup it offered as a modern espresso. Jonathan Morris, professor of history at the University of Hertfordshire in the UK, describes it as slightly more concentrated filter coffee. The first modern version of the espresso, in 1947, wasn’t even called that. It was a caffè crema, for the creamy emulsion on top, which distinguished it from all previous coffees.

Jonathan Morris and I talked about the growth of modern Italian coffee culture, taking in the fascists’ horror of inessential, un-Italian luxury goods and the transformation of the society from rural and agricultural to urban and manufacturing. More than that, though, the theatricality of the espresso machine helped to launch the London coffee bar which, even if the coffee was nothing like the Italian original, nevertheless drove the rise of the teenager and pop music. 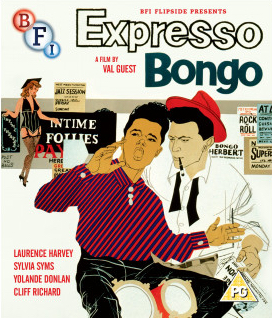 Espresso is the canonical coffee of Italy, even though the original espresso was something entirely different. How did espresso happen? And what happened when it got to England?