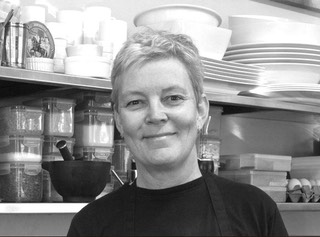 I got an email from careme.co.nz and absolutely had to follow up. What was Carême, perhaps the first great French chef, doing in New Zealand? Turns out, he is Jo Crabb’s hero, so of course that’s what she named her cooking classes and her website. I wanted to find out more, and Jo was kind enough to agree to chat over, I must admit, a slightly dodgy connection.

(I can’t believe I am complaining, but I am. When you can talk forever, for free, halfway around the world, that ought to be enough. But no; I want pristine audio quality too.)

Jo mentioned two local foods — abalone and cabbage tree — that I was not familiar with. Well, I knew of the existence of abalone, but not of pāua, which is the Māori name for the species. Jo said they were absolutely delicious, which seems to be confirmed by the fact that, despite stringent regulation, “there is an extensive black market,“ according to Wikipedia. And here’s an older piece from BBC News: Why abalone is New Zealand’s catch of the day.

Cabbage tree — tī kōuka to the Māori — turns out to be Cordyline australis, which I recognised immediately despite having no idea that it was both edible and useful. Although it is endemic to New Zealand, you see it almost everywhere growing as an ornamental. Unfortunately, in its native home it has been beset by a mystery disease that started to wipe out populations in 1987. Although the cause is now known, a government site says there is still no cure, and exhorts people to keep planting more young cabbage trees.