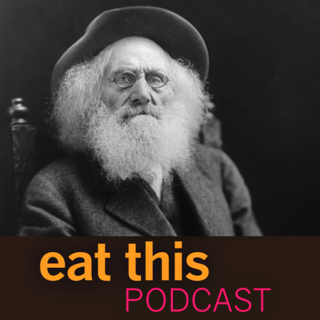 Brewers have long appreciated the value of hops from the Pacific northwest, but it was Cascade, a variety practically synonymous with craft brewing, that made the area more generally famous among beer drinkers. Cascade was named for the Cascade Range, which runs down the west coast of North America. The home of the Cascade hop is the Willamette valley, roughly halfway between the mountains and the coast. Cascade was released in 1972, but the history of hops in the Willamette valley goes back to the 1830s. The industry has seen more than its fair share of ups and downs, all examined by historian Peter Kopp in his book Hoptopia.

The whole question of changing tastes in beer, and how that affects the fortunes of different hops, is fascinating. If you’ve been a listener forever, you may remember a very early Eat This Podcast, about the rediscovery of an English hop known prosaically as OZ97a. Deemed too hoppy and abandoned when first tried, the vogue for craft beers resurrected its fortunes. It’s a fun story, though I say so myself.

A hop crop flop in Europe made the fortunes of growers in the Pacific north west of America, none more so than in Oregon's Willamette valley. Ezra Meeker, the hop king, promoted the gemütlichkeit of hop-picking in the old country as the frontispiece to his book; the reality was somewhat different.