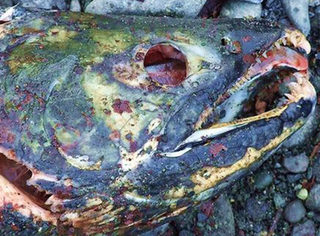 As our ancestors moved north out of Africa, and especially as they found themselves in climates that supported less gathering and more hunting, they were faced with an acute nutritional problem: scurvy. Humans are one of the few mammals that cannot manufacture this vital little chemical compound (others being the guinea pig and fruit bats). If there are no fruit and veg around, where will that vitamin C come from?

That’s a question that puzzled John Speth, an archaeologist and Emeritus Professor of Anthropology at the University of Michigan in Ann Arbor. He found clues in the accounts of sailors and explorers shipwrecked in the Arctic. Those who, often literally, turned their noses up at the “disgusting” diet of the locals sometimes paid with their lives. Those who ate what the locals ate lived to tell the tale. John Speth told me the tale of how he came to propose the idea that putrid meat and fish may have been a key part of Neanderthal and modern human diet during the Palaeolithic.

John Speth on how food we may consider disgusting is essential for survival in the Arctic, with added disgusting goodness from Paul Rozin.