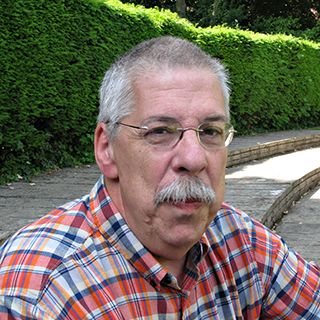 Bling, the Urban Dictionary tells me, is an onomatopoeic representation of light bouncing off a diamond. Or a Bob Kramer original hand-made chef’s knife, which goes for $2000 and up. Of course some people might be able to justify spending that kind of cash on what is, after all, one of the key tools of the trade … if your trade happens to be cooking. But my guest today, Peter Hertzmann, says he sees lots of knives, maybe not quite that expensive, hanging on the wall in people’s kitchens, unused. “Kitchen knives”, he told this year’s Oxford Symposium on Food and Cookery, are “the new bling”.

Peter teaches knife skills, has written extensively on the topic, and one of the things he is adamant about is that you never chop, you slice. Even if you’re pretty handy with a blade, you can probably learn a thing or two from his video Three Aspects of Knife Skills. I know I did.