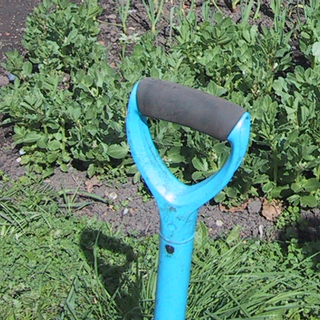 Allotments seem to be a peculiarly British phenomenon. Small parcels of land, divided into smaller still plots, furnished often with a shed and make-shift cold frames, greenhouses and what have you, where, in time-honoured tradition, old men in baggy corduroys and cardigans go to smoke a pipe and gaze out on serried ranks of cabbages, leeks and potatoes. But they are also places where young families are growing their own food, where immigrants are introducing new kinds of fruit and veg, and where people can find a respite from the city.

Just recently, they’ve become the backdrop to yet another reality TV “game show”. In that respect, perhaps, like cooking food, growing food may be more of a passive entertainment than an active pastime. Nevertheless, allotments remain in demand. They have a long history, born out of food riots and strife, and in many cases a threatened future as the land they occupy is much more valuable for building plots than for garden plots. Jane Perrone, gardening editor at The Guardian, spilled the beans.