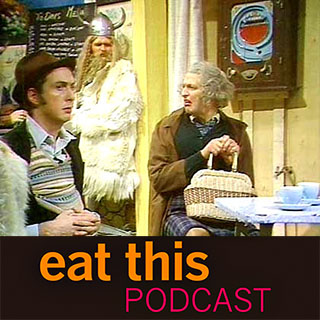 I did not know that that the famous Monty Python spam sketch was recorded on 6 June 1970. At least, that’s the claim of a Tumblr obsessed with Minnesota in the 1970s. (Wikipedia says only that “[i]t premiered on 15 December 1970”.) However, I need no encouragement to share a programme on Spam that I made for BBC Farming Today back in 1997, a programme that was both very well received and a blast to make. the people at Hormel couldn’t have been nicer, and the butterfly spam balls weren’t bad either.