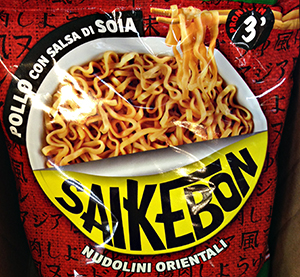 In a world in which you can get pizza in Tokyo and sushi in Rome, diets have become truly global in reach. You could argue that this has made them more, not less, diverse. Where once rice dominated Asia, wheat, potatoes and corn have made huge inroads: increased diversity. On the other hand, places that used to enjoy their own, local staples – tef in Ethiopia, buckwheat in eastern Europe – have also come under the sway of the global behemoths, and so have lost diversity. Those are two conclusions of a massive data-mining exercise that has rightfully been getting a lot of coverage: Increasing homogeneity in global food supplies and the implications for food security. I spoke to Colin Khoury, the study’s first author, about the increasing dominance of the big crops, the marginalisation of regionally important alternatives, and the sudden rise of a whole set of previously insignificant species.

As we discussed, this new piece of research arose from a desire to provide updated and more accurate answers to the perennial question How many crops feed the world?, originally posed by Robert and Christine Prescott-Allen in 1990. It’s kind of gratifying to note that Colin Khoury first returned to that question in a guest post on one of my other platforms. And we’re still gnawing away at it over there, one way and another.

So, how many crops feed the world anyway?

[I]f you must know, it’s about 94 plant species that largely feed the world. To be more precise, according to the analysis of Colin and his colleagues, we can now say that 50 crops, or 94 species, contribute to 90% of food supplies at national level.