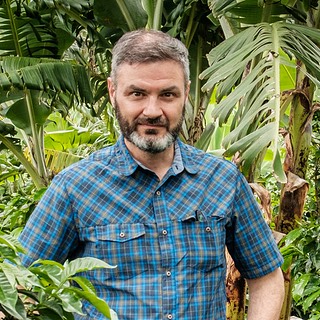 When I think of Ceylon — Sri Lanka — I think of tea, but that’s because I wasn’t alive 150 years ago. In the 1860s, coffee was the island’s most important crop. Coffee leaf rust, a fungus, put paid to the coffee, but only after a global downturn in coffee prices, and planters switched to tea. The rust, however, is not the reason the Brits drink tea rather than coffee, just one of the things I learned from Stuart McCook, who has studied the history of coffee leaf rust and what it might hold for the future.

Coffee leaf rust is bad, but at least in the short term it may not be the threat you think it is