No apologies for returning to the Irish Seed Savers Association in County Clare. An organisation like that usually sprouts from one person’s enthusiasm and drive, and it flourishes with the commitment and passion of volunteers and staff for whom the work is much more than a job. I spoke to Anita Hayes, who started ISSA, and Eoin Keane, who looks after the apple collection, in an episode last October. Today Anita and some of the people who are carrying her work forward talk some more about seed saving and the Irish Seed Savers Association. 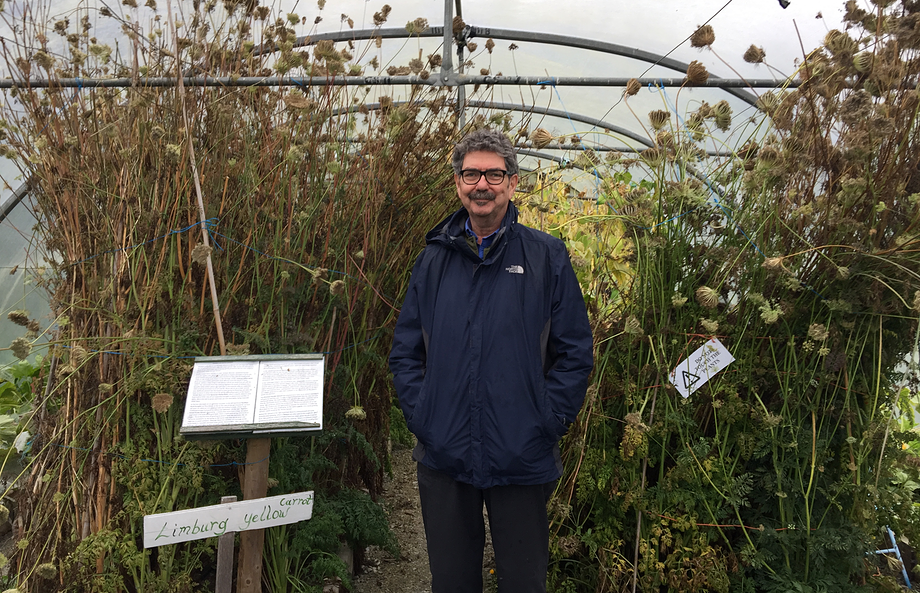 At home and doing the math in a seedy polytunnel

A little context may be in order too. Why does something like ISSA need to exist? Can’t gardeners just buy the seeds they want in the shops? Short answer: no. Many of the seeds on offer to gardeners in Europe are varieties that were bred for commercial production. And older varieties, selected because they offered qualities valuable to home growers, cannot legally be offered for sale.

It’s a long story, and one that many people find hard to believe, but in essence the European Common Catalogue, established in the 1960s, says that any variety needs to be registered in order to be offered for sale, and the registration fee is the same for all varieties. That makes registration a trivial cost for a big-selling commercial variety and a huge drain on the profitability of a variety that appeals to even thousands of gardeners. As a result, gardeners in Europe had to establish their own living genebanks, finding, multiplying and distributing seeds using a variety of wheezes.

Ever since the Common Catalogue was first published there have been various attempts to open it up, and there has been some small movement. These experiments, however, still have not properly addressed the needs of home gardeners. Until they do, the Irish Seed Savers Association and organisations like it have a valuable job to do.

A second visit to Scariff in County Clare, Ireland, to hear from the people working hard to save Ireland's vegetable heritage and make seeds available to a new generation of gardeners.