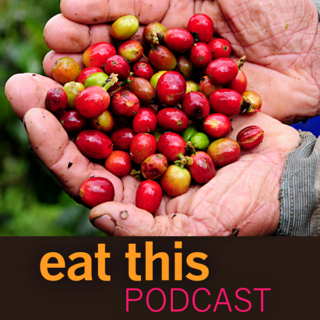 Walking down the supermarket aisle in search of coffee, I have this warm inner glow. If I choose a pack that boasts the Fair Trade logo, or that of any other third-party certifying agency, I’ll be doing good just by paying a little more for something that I am going to buy anyway. The extra I pay will find its way to the poor farmers who grow the coffee, and together enlightened coffee drinkers can make their lives better. But it seems I’m at least somewhat mistaken. Certified coffee is certainly better than nothing, but it isn’t doing as much good as I fondly imagine. And the price premium I pay could be doing a lot more.

In this episode I hear about coffee that’s more ethical than fair, and about some of the ways in which Fair Trade falls short.

If you really want to do good by spending more on your coffee, you need to look beyond Fair Trade and other certification schemes.