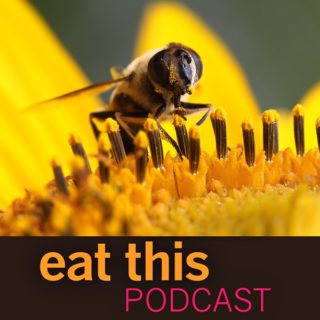 This is the third in a little mini-series on taste. First came Margot Finn discussing disputations about taste and then Chad Ludington explained how you are what you drink. Now they’re both back, along with a snippet from a long-ago episode with sommelier Marco Lori to round out the discussion. I can’t guarantee that I won’t return to the subject again in the future, not least because I find it endlessly fascinating.

The challenge, I think, is disentangling aspects of gustatory taste that are common to all human beings from those that are overlaid — or do I mean underpinned? — by personal experience or cultural context. So when we say sweet is pleasurable and bitter aversive, what does it mean to say that an adult has a sweet tooth? I freely admit to having a bit of a sweet tooth myself, but I also revel in bitter tastes. How did that happen?

Another puzzle is the memory of complex flavours and how we analyse, process, store and recall the memory. I’ve never put much effort into being able to discriminate among similar but different tastes; I can just about recognise certain wines, for example, but am in awe of people who can discern a particular maker or, even more so, a vintage. So I’m intrigued by Chad Ludington’s thought experiment, that a bunch of randomly selected people would, over time, converge on liking the same few examples of a particular food. Would they? I’d love to see the experiment tried.

Our conversation sent me back to consider some things I first read back in 2011, on the website of Seth Roberts. He was an extremely interesting psychologist and writer who was a great one for self-experimentation. Seth wrote that side-by-side comparisons provided the best opportunity to learn about differences and resulted in an almost instant connoisseurship, which he called the Willats Effect after a friend who pointed it out to him. And, as Seth explained, there’s a downside to this:

Five or six years ago I went to a sake-tasting event in San Francisco called “The Joy of Sake”. About 140 sakes. In a few hours I became such a sake connoisseur that the sake I could afford — and used to buy regularly — I now despised. The only sake I now liked was so expensive ($80/bottle) that I never bought another bottle of sake.

Starting with The Willat Effect: Side-by-Side Comparisons Create Connoisseurs and following the links from there you’ll see that although the results are sometimes confounded, it does seem to be the case that side-by-side comparisons very effectively show you what you like.

I’m ready to try that with chocolate. Or bitter liqueurs. You know where to find me.

Are there any universals about more complex kinds of gustatory taste? And how do we learn to talk about taste?