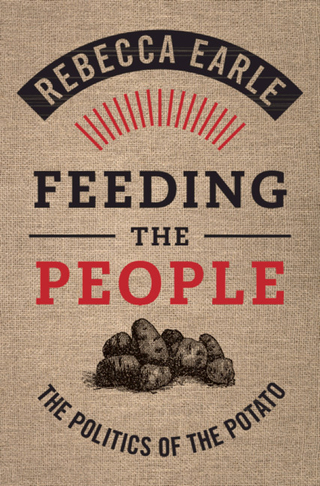 The story that’s often told of the potato in Europe is one of ignorant, superstitious peasants and wily aristocrats. The peasants shun the potato until the wily aristo plays a trick on them to open their eyes to the true value of the potato. The aristo might be someone like Antoine-Augustin Parmentier in France or Frederick the Great in Prussia, but whoever it was, the bones of the story remain the same. And — mea culpa — I believed the story and even retold it myself on occasion. So I naturally slapped my forehead, hard, when I heard Rebecca Earle give an online lecture about the history of the potato and resolved to talk to her myself.

Rebecca Earle doesn’t deny that something happened to put potatoes and their promoters into the history books, but shows clearly that the peasants were far smarter than history gives them credit for.

It may not contain wily aristocrats or superstitious peasants, but the true history of the potato is much more interesting.