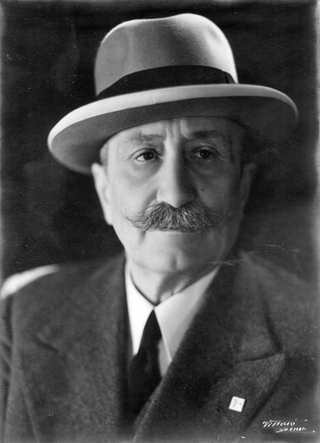 Today’s show is something of a departure; I’m talking about someone who is crucial to global food security and yet who is almost unknown.

It’s true, as Jean-Henri Fabre, the French naturalist wrote, that “History … knows the names of the king’s bastards but cannot tell us the origin of wheat.” Most people are blissfully unaware of the men and women who created the plant varieties that keep us fed. I say as much at the beginning of the show, when I guess that perhaps one in a hundred people can name a plant breeder, and that the name they’re most likely to come up with is that of Norman Borlaug. (The true stats, from a very small, self-selected sample, are somewhat different. Two out of 13 – about 15% – can name a plant breeder, although neither of the names they came up with was Borlaug’s.)

I thought Borlaug might be the most familiar plant breeder because he is credited as being the Father of the Green Revolution, for work that won a Nobel Peace Prize in 1970.

Nazareno Strampelli, an Italian plant breeder, exactly foreshadowed Borlaug’s work by about four decades. His wheats doubled production in Italy and beyond and were crucial to the second green revolution ushered in by Borlaug. He was born on 29 May 1866, 150 years ago as I write this. He deserves to be better known (as do all plant breeders, actually).