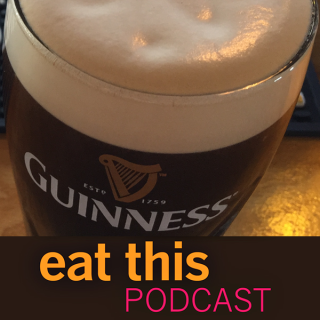 Maybe you’ve read about experiments that show that when potato crisps crunch louder, people say they’re fresher. And beyond crisps, all sorts of taste sensations can be manipulated by the sounds that surround them. Heavy metal apparently renders a Cabernet Sauvignon more robust. The drone of an airplane engine renders the umami of tomato juice more or less irresistable, a fact I can attest to. Top chefs are using sound to manipulate the dining experience, but when it comes down to it, I was very doubtful that drinking beer while listening to music would have any noticeable effect. I was wrong.

The revelation took place on a freezing morning in a deconsecrated church in Kilfinane, a little village between County Cork and County Limerick in Ireland. Caroline Hennessy — minus white coat — conducted the proceedings, plying us with samples from the Eight Degrees Brewing in nearby Mitchelstown, while Brian Leach played some music he’d recorded specially for the occasion. It was all part of the Hearsay Audio Festival 2015, a delight in so many ways, and although I hadn’t intended to produce a podcast there, I couldn’t pass up the chance. So here it is, and if it sounds a little rough around the edges, that’s because it was possibly the most difficult episode I’ve ever assembled.

Irish music and its influence on the taste of Irish beer