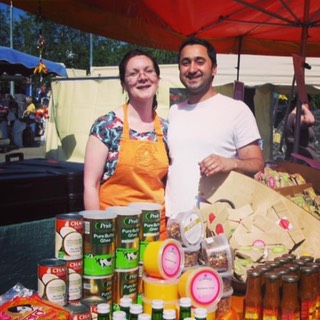 Midleton, in County Cork in Ireland, is not the kind of place where you would expect to find the headquarters of a growing global spice merchant. The farmers market in nearby Cork is where Arun Kapil and his wife Olive first started selling spices. Since then the company Green Saffron has grown steadily, drawing on Arun’s love of spices and family connections in India. It is still selling at farmers markets. But it is also shipping containers of carefully sourced spices to a European hub in Holland. And Arun told me that he has not compromised on quality along the way.

Green Saffron is a new kind of spice merchant, that cares as much about how its spices are grown as their taste.