Imitation is the sincerest form of flattery, they say. But it can also debase a good thing, and it is definitely happening to craft beer.

People have called it craftwashing, which I find unpalatable, but which is taken to mean:

[B]ig brewers (>6 million barrels per year) taking advantage of the increasing sales of craft beer by emulating these products or by acquiring craft breweries, while also obscuring their ownership from consumers.

Many people, will, I think, have experienced a hipsterish design on a funky package that shouts “craft” while the small print whispers “industrial”. In fact, according to a new study, in most cases the small print keeps shtum.

By October 2017 in the U.S., all but one big brewer had either acquired a craft brewery, or formed a distribution alliance with one—without disclosing these relationships on the packaging.1

The study is from Professsor Philip Howard at the University of Michigan, who previously looked into concentration in the seed industry. So what are the odds of your buying a bottle of craftwashed beer “by mistake”? Professor Howard looked at the packages of beer available at 16 retailers in Lansing, Michigan. Around 30% of the beer he saw on display had been craftwashed. Two that surprised me, precisely because they had me fooled, were Blue Moon, a “crafty” beer from Molson Coors, and Lagunitas, bought by Heineken. 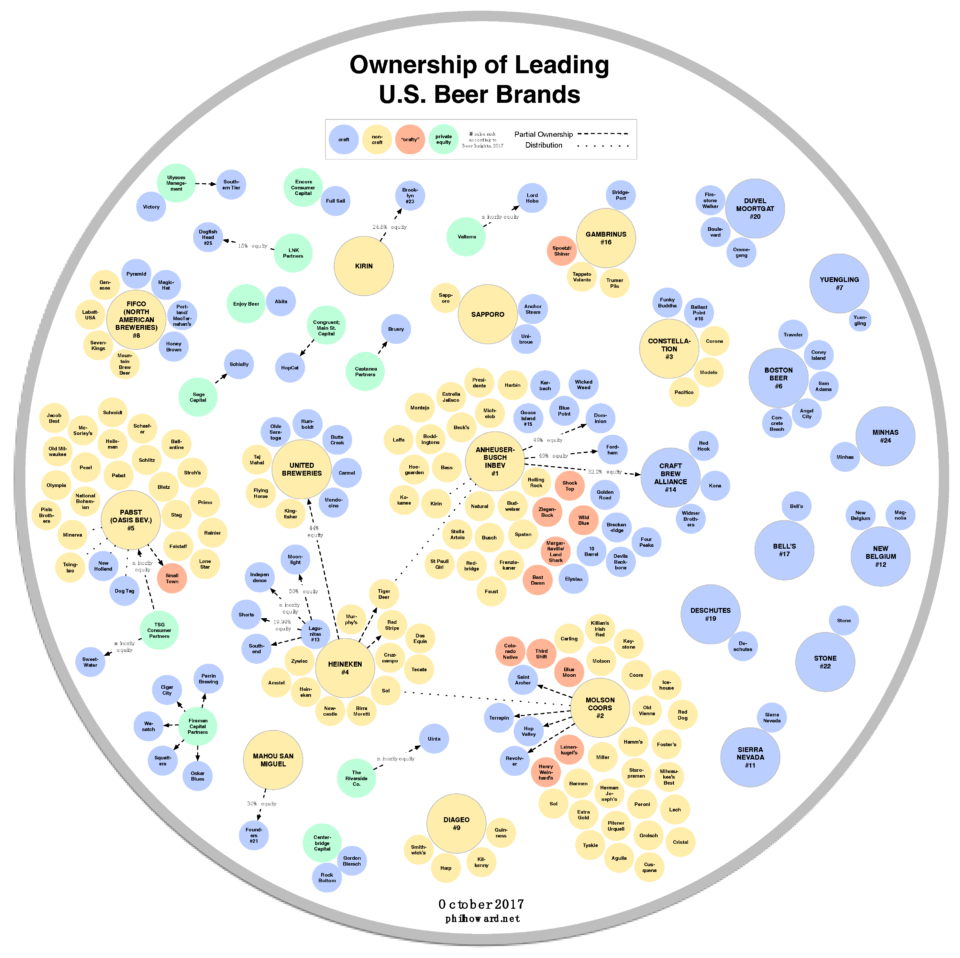 What’s a person to do? I suppose you could print one of the diagrams in the study and take it with you when you go beer shopping. Or get to know which brewers in your local shops are truly independent. 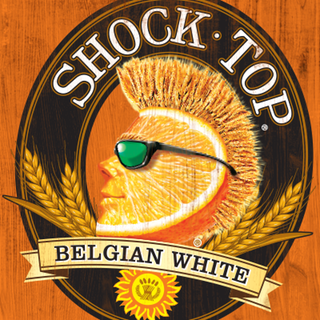 There are some interesting complexities in the whole business of craft drink, which I’ve touched on in previous podcasts. First off, size alone is not the issue. As Michele Sensidoni told me way back when, what matters is not how much you brew, but how much care you take over the brewing. The other point is that when your product is mostly water, there’s an awful lot to be gained by being big, which is why you really have to be prepared to pay a little more for the real thing. Even that, though, is not enough. At least one brewer latched on to the idea that if you set a high price, that helps persuade consumers that what you’re offering is a craft beer.

It’s enough to drive one to drink.