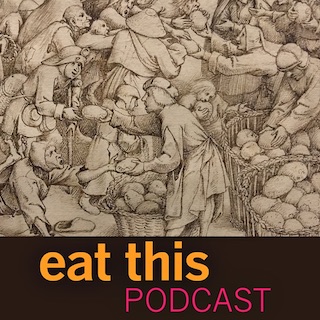 In matters of personal taste there are no absolutes. I like this, you like that. But does that also mean that there is no good, no bad? That is a surprisingly complex question, especially when it comes to as fundamental a food as bread. William Rubel is a freelance historian of food who seems to take a delight in pricking the pretensions of people like me, who think that some kinds of bread are better than others. “Why can’t we like what we like?” he asked in a defence of supermarket packaged bread. To which I say, “Like it if you like, but don’t tell me it is good.” He also says that there is no historical tradition of using a leaven among Anglophone bakers, which somehow diminishes the efforts of English-speaking bakers to “revive” the use of sourdough leavens and long fermentation. And that revival denigrates supermarket bread.

Well, yes. At least as far as my own tastes go. But I wanted to understand this historian’s view of bread, and was glad that William Rubel accepted my invitation to be a guest on the podcast.

William Rubel doesn't think there is good bread or bad bread, but he knows what he likes.